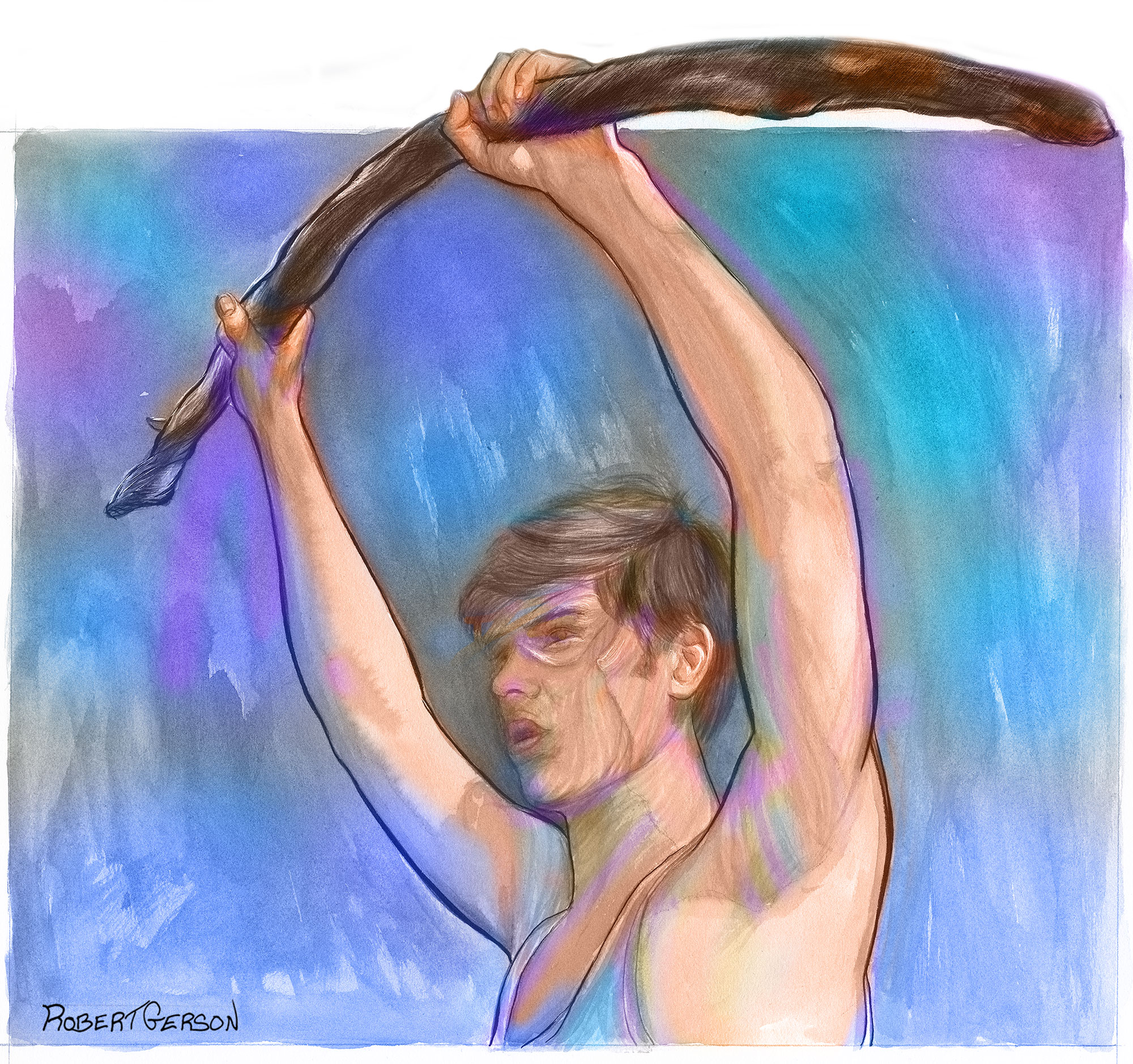 Driving past Rocky Nook Park into Mission Canyon, Nicholas steered his Nash Metropolitan towards Tunnel Road. A few minutes later, north of the Botanic Garden, he parked in a small dirt clearing between two oak trees. An unmarked trail he recalled hiking years ago, cut through an open field of low-growing native chaparral. The trail was weekday quiet, free from mountain bikers and weekend hikers. The scent of purple sage filled the air.

A half-hour into the hike, as the rising heat of the day baked the canyon floor, Nicholas walked into a grove of towering eucalyptus trees. He leapt onto a flat-topped boulder and wrapped his hands around a bulky tree branch overhead. In the cooling shade, he stretched his arms, shoulders, and back muscles. A noise nearby drew his attention to a dense cluster of manzanita shrubs several hundred feet up the trail. The sound stopped, so he sat down and closed his eyes. The warm breeze blowing in from the east eased him into a late-morning canyon catnap.

After waking from his nap, he heard another rustling sound, about a hundred feet up the trail that sounded like birds flitting through the chaparral. He hopped down from the boulder and walked back onto the trail. On the far side of the manzanitas, a mountain lion sauntered onto the dirt trail. Nicholas froze. His heart punched the inside of his chest. Everything went out of focus, except the mountain lion. He gulped for air, trying not to make any noise. The lion took a few slow, low, deliberate steps towards Nicholas. A stare-down ensued. Crouching low to the ground, the lion sniffed the air, never taking his eyes off Nicholas.

Nicholas lowered his body to the ground and grabbed a large branch lying near his feet. About seven feet long and bowed in the middle, the branch extended his physical presence. He swept the branch above his head and held it high in the air. The mountain lion tracked his every move. Recalling a conversation he’d had with a Los Padres park ranger years ago about mountain lions and bears, Nicholas remembered the ranger’s advice: ‘Do not run. Make your body big, as big as possible. Make lots of loud noises. Do not run away. If attacked, fight back.’

With a rapid inhalation, Nicholas expanded his chest and howled a piercing scream into the canyon. The lion responded by sitting on its haunches and letting out a dismissive growl. Nicholas swept the branch from side to side in a circular arch above his body. The lion tracked the branch’s oscillating movements. His eyes moved in semi-circular unison with the branch.