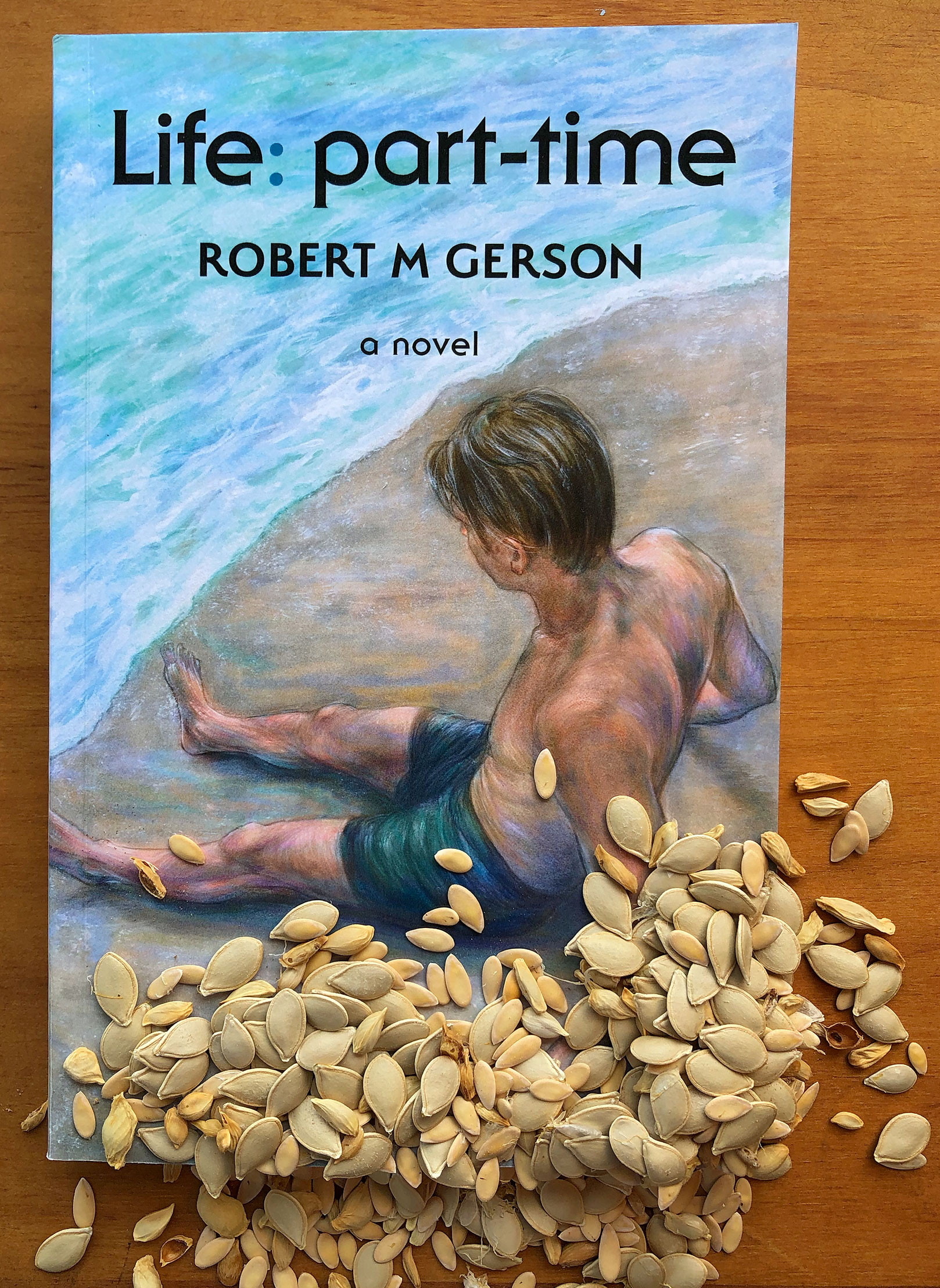 For Earth Day 2021, here is a seed-sized celebration of the power and potential within seeds. They provide life-giving and life-sustaining services we benefit from every day. Seeds contain nature’s software. Their programming is precise and reliable. Nature handles the automatic updates, adapting when needed to changes in the environment. No downloads are necessary.
Earth Day is Seed Day because without seeds, life as we know it here on planet Earth would not exist. Oxygen, nitrogen, sunlight, and water are helpful too, but that’s another story. The larger story. The humane story where we preserve and protect every one of the valuable nature-based components vital to a healthy life.
In the fictional story of Life: part-time, seeds play a fundamental and creative role in the life of the main character, Nicholas Affini. An artist, author, and gardener, Nicholas creates a children’s picture book about plant ecology. From that book project, he develops a seed-based, plant-based universal currency available worldwide. His new financial idea places seeds at the center of the economy. His idea and the work involved in promoting something so unusual overwhelms him. He’s an artist, not a banker!
Nicholas doesn’t know if seeds are realistic as the foundation of a new economy. He’s unsure how to promote such an unusual idea. Even though currencies are nothing more than an agreement between people, governments, and countries.
Nicholas puts his financial concept aside, planning to revisit it another day. But the universe has other plans for him — plans that will transform him and his life in an initially disruptive and confusing, but eventually positive way.
Canyon Catnap In Mission Canyon